The Effect Of Brexit On The Housing Market Posted: 11th May 2016 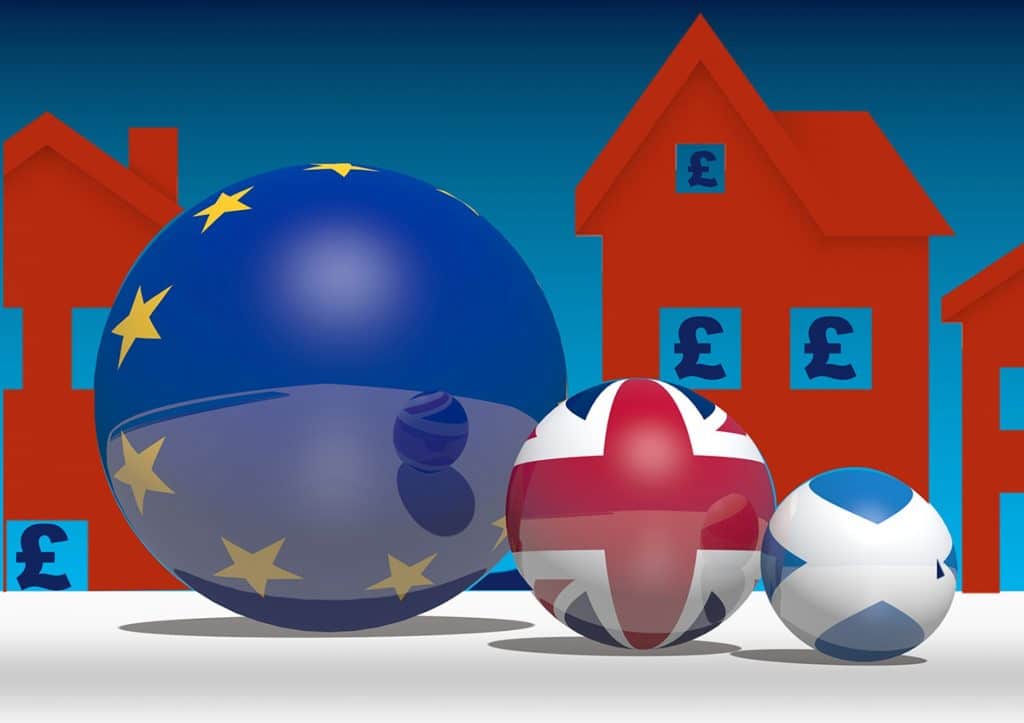 As the referendum campaign gathers momentum, Chancellor of the Exchequer George Osborne has claimed that leaving the European Union would hit house prices significantly and make mortgages more expensive.

The chancellor believes that the short-term effect of Brexit will be that property prices could fall if voters decide to leave the European Union on June 23rd. He said: “You will see the analysis we will do, but I’m pretty clear that there will be a significant hit to the value of people’s homes and to the costs of mortgages. That is one example of the kind of impact, economic impact, that we get from leaving the EU.”

In recent weeks we have heard the same claim made by Jayne-Anne Gadhaia, Chief Executive of Virgin Money.

Ms. Gadhaia believes that if we vote to leave Europe in next month’s referendum, the amount of investment that is put into London property from overseas would fall and there would be a significant knock on effect with house prices falling and a rise in interest rates. (source)

The buy-to-let market saw a surge in the first quarter of this year, as buy-to-let investors rushed to purchase property ahead of the stamp duty change in April. In addition the private sector also saw a spike with Virgin Money alone giving out £2.1bn of mortgages, which is a 30 per cent increase on the same period last year.

Ms Gadhia said: “We are expecting a market of about £240bn this year if the referendum vote is to stay in and there is no disruption that way.” She believes that if we were to leave Europe, this figure would be considerably lower.

When it comes to house prices, there are many ifs and buts, but historically any uncertainty, such as the run up to a general election and even the referendum on Scottish independence, the market can experience a considerable slowdown.

As the referendum nears buyers and sellers are starting to sit tight, especially in London where the impact of a Brexit would be felt the most.

A survey by KPMG carried out this year found that 66 per cent of estate agents believed that ‘Britain leaving the EU would have a negative impact on inbound cross-border investment’.

However, there is also the pro-Brexit argument that if the UK were to be freed from current EU regulations we would attract more inward investment, not less, and the property market would benefit, proving that there are two sides to every argument.

In addition, for every homeowner who has profited from the rise in house prices, there is someone desperate to get onto the property ladder but has been priced out of the market. Those campaigning to remain in the EU are worrying homeowners everywhere, but those campaigning to leave are trying to lure those that have been priced out of the market with the prospect of finally being able to own their own home.

Just recently, Simon Rubinsohn, chief economist at Rics, said according to The Telegraph: “… all indications suggest that whatever the outcome of the forthcoming elections and referendum, in the long term, the imbalance between demand and supply will still exert a strong influence on the market, with house prices expected to rise by close to 25pc over the next five years.”

Whatever your reason for moving; whether it's for extra space, to downsize or you may simply have found your dream home, Nicol can help. Our knowledge of the local property market helps us develop a marketing plan that's right for you and your property.
We want our clients to be delighted with the service we provide. Listening to your needs and understanding your requirements is our starting point. To find out more about our approach to selling homes, download our comprehensive Guide to Selling your Property here.
If you are planning on selling your home, contact Nicol Estate Agents today for an appraisal of your property. Our Managing Director Douglas Nicol and Sales Manager Daniel Cohen carry out hundreds of market appraisals every year, giving them an intimate and unparalleled knowledge of the property market in Glasgow, from city centre apartments to family homes and building plots. We will talk to you about the property market in your area, compare sales evidence, local demand for similar properties, outline our tailored marketing plan and provide details of our sales support strategy right through to completion.